Alain Gautier : "There is a pool of female sailors" 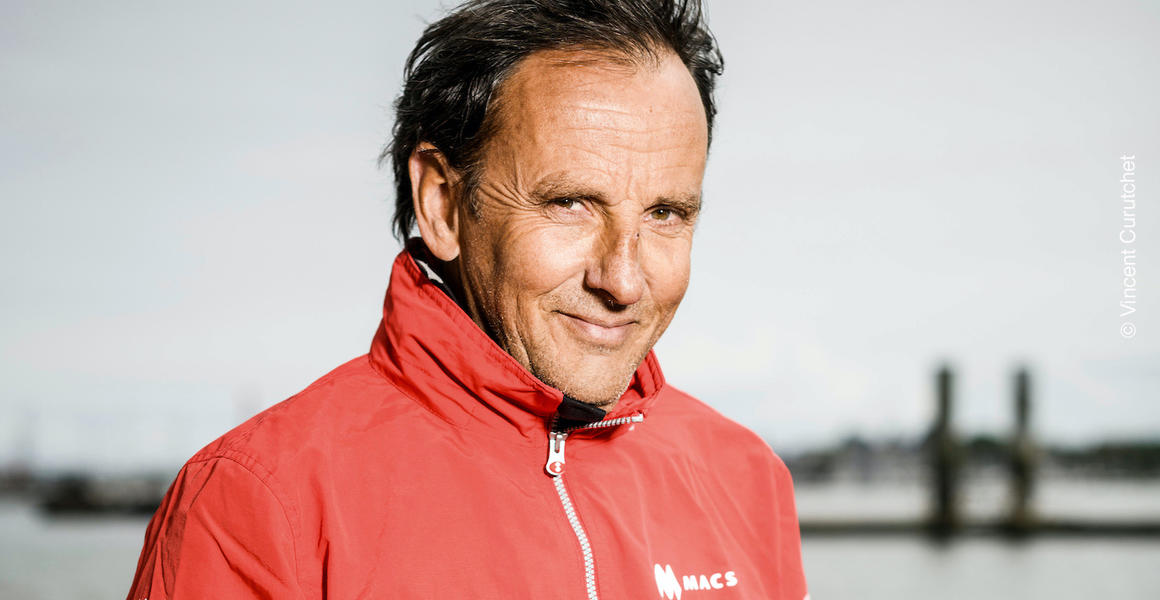 Alain Gautier - team manager of the IMOCA MACSF skippered by Isabelle Joschke - has a remarkable track record in solo sailing. He is one of the few sailors to have won the Solitaire du Figaro and the Vendée Globe. He is also an experienced double-handed sailor, as winner of the Figaro transatlantic race in 1996 with Jimmy Pahun, and one of the sailors of his generation who has raced in a mixed male/female format numerous times. He looks back on his victory in this race (now the Transat Paprec), his experience of mixed doubles, and this new turning point towards mixed races.

"My victory in this race brings back very good memories: first of all, it's always nice when you win the race, and moreover with a childhood friend [Jimmy Pahun, now deputy for Morbihan], with a home start [at the time the race started from Lorient] and a new sponsor, Brocéliande, with whom I was going to start a multihull project later. Everything was perfect, the story is very beautiful, especially as there was, once again that year, an exceptional line-up with a very high level and a great fight between the leaders. I remember that we had 5-6 days upwind when we left Madeira to look for a northern route. It was quite surprising and a bit unpleasant but it paid off in the end ahead of the Poupon brothers who had gone south. And then I remember the finish... The finish in Saint Barth’s is something totally incredible!”

“I’m in a good position to talk about mixed doubles: I’ve worked a lot with Ellen MacArthur, we did two transatlantic races together in Orma, and I’ve also done quite a few races with Isabelle Joschke on different boats and formats. Women have this ability not to push the boat to the limit all the time. You can see this if you look at the sailors who are affected by damage or those who finish the races. This way of doing things, of taking less risk of breaking, of preserving the machine, is a very important quality for a sailor. Ellen, for example, didn’t have much experience in multihulls but she had an incredible feeling. We already knew each other, but life on board was easy from the very first races and her talent emerged very quickly even on this new kind of boat. I never saw any major differences between sailing with a man or a woman. It’s mostly small details, in the attention to each other for example, but in this context, a woman is a sailor, a teammate, and I don’t see the distinction.

I could have taken part in the transatlantic race (now Transat Paprec) with a female co-skipper but at that time, apart from Florence Arthaud and Karine Fauconnier, there were very few women racing. I regret this because they often have superior qualities than men, but there were various obstacles, of all kinds, which meant that girls were less present in offshore racing. This is still the case.

The transition of the Transat Paprec to mixed doubles is excellent news. Building up the 2023 line-up will perhaps be a little more difficult than usual but it's a great dynamic that will pay off later on.

There is a pool of female sailors with good technical skills and/or knowledge of the offshore world, such as those who take part in the Mini-Transat. The event will allow the women sailors who choose to take part to continue to gain experience at a very high level.”