Paul Meilhat : "It is very good news that the Figaro transat is now run in mixed doubles !" 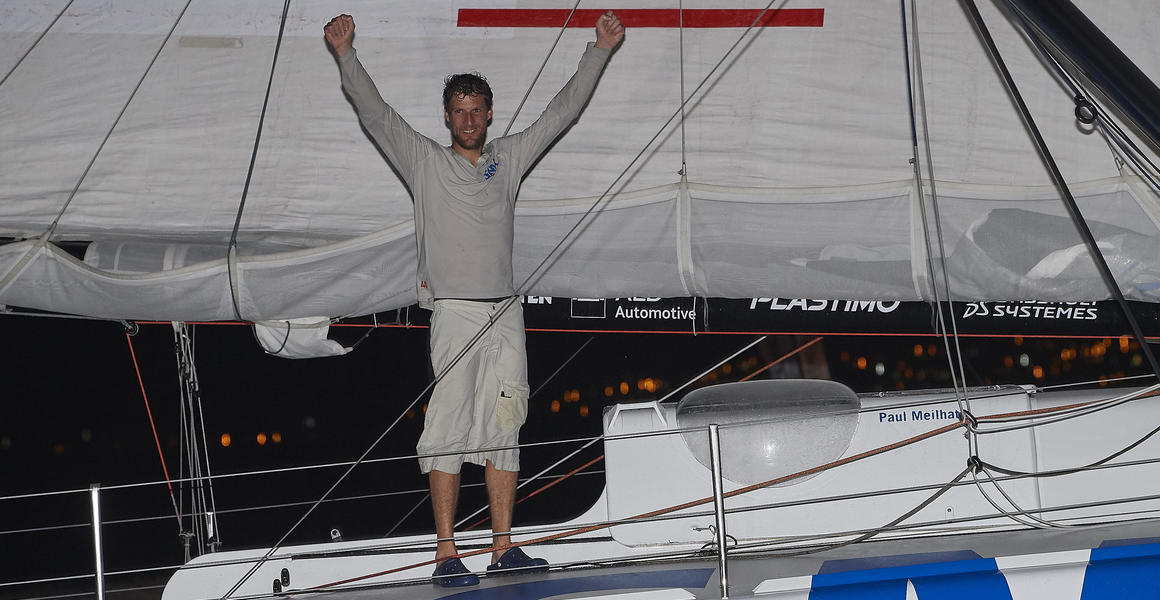 Having recently announced a new IMOCA campaign under the colours of Biotherm, which will see him enter the Ocean Race 2023 and the Vendée Globe 2024, Paul Meilhat, winner of the Route du Rhum - Destination Guadeloupe in 2018, is a committed skipper through his work with projects including La Vague, Surfrider and l’Echappée Bleue.

He has sailed with Samantha Davies on many occasions, and he won this Figaro Beneteau double-handed transatlantic race during the 2014 edition, and so Paul is well placed to discuss the implementation of mixed male/female crews for the next Transat Paprec.

“It is very good news that the Figaro transat is now run in mixed doubles!

I’ve had the chance to sail with Sam Davies a lot lately, but also with beginner Figaro sailors like Elodie Bonafous. I also participated in the selection for the Challenge Océane.

When you sail with women offshore, you realize that there is no difference between females and males in this sport, and therefore there should be no questions asked whether the girls and boys can sail together.

In the middle, many are against positive discrimination - especially women who want to be considered for their ability, not what they are.

However, all experiences of this type have borne fruit. The Ocean Race, for example, led the way in ocean racing with the establishment of rules - without them, there would have been no women in the crews. It also allowed the women who were selected to boost their careers and make it their profession.

In the class in which I race, the IMOCA, we have similar objectives. However, given the number of boats in the series and also the number of experienced female sailors on this type of boat, it is a bit early to put this in place.

Taking part in mixed races is great but it is not done just by snapping your fingers. The Transat Paprec will make it possible to set up a real training sector, to bring women to the Figaro class and to train a certain number of them who will then go up to the series and larger boats, making it possible in a few years to envisage the implementation of mixed races in this (IMOCA) series, and also to see women racing in classes where there are very few today, in the Ultim for example.

In the same vein, this increase in women sailing at a high level should also be accompanied by a greater number of women in the technical and preparatory teams. It is important to have this inclusion at all levels of our profession.

Would I do this race again? It is not planned in the next few years as my program is in IMOCA, but then why not. It could be nice to return. I did my first double-handed Figaro transatlantic race with Jean Paul Mouren, who was twice my age, and it would be great if it was my turn to participate in a way to train and pass the baton to the next generation! ”

- Paul Meilhat, winner of the 2014 edition with Gwenolé Gahinet -