" Nothing will change if this structure is not put in place " 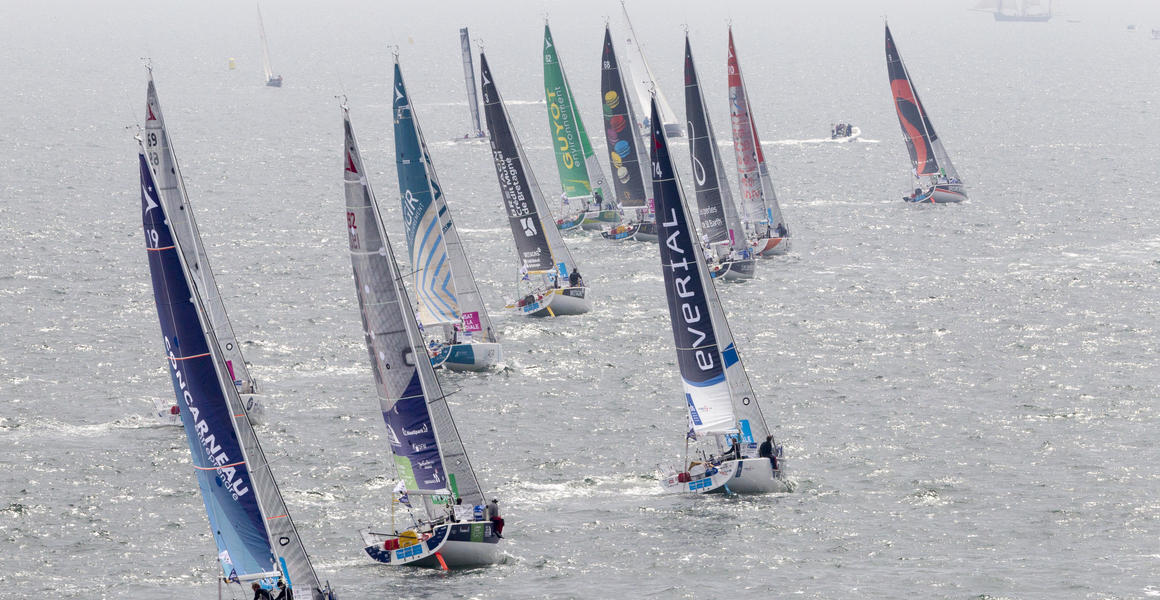 Karine Fauconnier is one of the few women who established herself as an ocean racing skipper in the 2000s, particularly in a crewed format. Notably, she helmed the ORMA trimaran Sergio Tacchini for many years. A two-times participant in the Transat Double Concarneau - Saint Barthélemy, to this day she remains the only woman to have won the event, doing so in 2000 alongside Lionel Lemonchois – a year that saw a record number of participating boats at 42.

We spoke to her about the introduction of male/female crews and her past experiences.

“I am enthusiastic about the idea of ​​mixed doubles because I have been fighting for it for years! I am very much in favour of this approach to diversity as opposed to having a specific ranking for mixed pairs which has been used in the past, and which I have always opposed. In my opinion, this implies that women were less able and need a separate classification.

This form of positive discrimination can have negative impacts, but nothing will change if this structure is not put in place. The concept of a mixed doubles transat is a good idea. It will make it easier for women to find a place in the race. Racing in a mixed format is ​​always very rewarding.”

Complementary between women and men

“Women can at times lack some physical strength, but this is compensated by other skills - anticipation, precision, and reflection. This finesse and this different approach can bring something new and ensure the skills between men and women are complementary.”

“In my sailing career, I have almost always raced in a mixed male/female format when sailing in double-handed races. I found – and I still find – it interesting to have this diverse set up.

At the time, there were more choices of competent men than competent women, unfortunately. There was also a more ‘sexual’ view of our role as sailors - not by the other skippers - but by those around them: a sort of myth around the fact that a mixed duo would inevitably fall in love…

It can of course happen, but it's not always the case! For example, with Lalou Roucayrol, it was his wife who called me because she saw me as a quality sailor.

“In 1998, we finished 9th. That was the last race for my father [Yvon Fauconnier] who was starting to get a little old for this kind of boat, so I was doing the manoeuvres. It was a slightly different experience from those that followed, like with Lionel [Lemonchois] (in 2000), although nonetheless pleasant.

We had worked on the weather with Pierre Lasnier and it was very informative. There had been a real handover in terms of tactical intelligence, navigation, and strategy during this Transat AG2R. In 2000 when we raced together, Lionel [Lemonchois] had never done Figaro before. It was my project - I had told him that I wanted to win, and I remember that I had sent him the entry list saying, “there is an incredible line-up, but no one is unbeatable.” We were really set on winning… and we won!

He was a great co-skipper, very complementary, a good technician with whom I knew we could manage everything. He wasn't a big talker, we know that, but we had a common goal and we worked really well together. I also remember a very nice finish. I had lived in Saint-Barthélemy for a few years, and I had a lot of friends on the water, it was great.”

Being the ‘lead’ skipper

"You have to understand that in all these races, if I hadn't had my sponsor, I wouldn't have been on board as co-skipper, for that I also had to have my own projects!

What also differed in being the skipper of the project was that the final decision was up to me. But we are smarter together and on the Transat with Lionel for example, there was no hierarchy problem. It was a little more complicated with my father, because I was the boss on paper, I knew the boat better, but I was young and then it was my father!

In any case, your mixed format is a good lever, and the girls must seize the opportunity to take charge of their destiny rather than waiting for a phone call!”